Back in April (2019) I picked up several 5 gal Aloe dawei from Waterwise Botanicals. Unfortunately I did not take a good "before" shot to contrast with what they've grown into over the summer so I'll do my best to keep this post updated with progress shots going forward. Aloe dawei has grown quickly in my garden with some of the plants almost doubling in size. This is a species from Uganda, short-stemmed, suckering, and sprawling with rosettes about 2 feet across and 2' tall.

Below is the same plant less than a month later. This particular plant has fewer branched inflorescences than it's siblings but still lots of potential for pollinators.

The specimen below has grown quite a bit more than it's sibling above! You'll notice that most the flowers have not opened yet. Once the flowers fill out I expect some serious hummingbird battles to begin. Keep in mind this plant has only been in the ground for six months - look at all the offsets.


Below is a shot of an Aloe Dawei with bronze foliage from the late summer sun. Notice how in the shot above the leaves are green? That's because they face the east and get only morning sun. 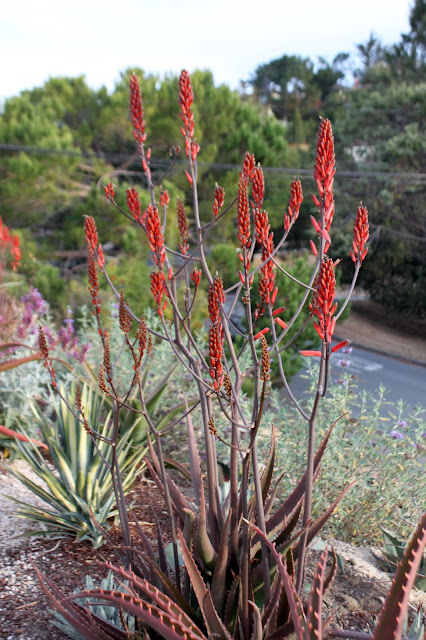 That splash of purple (below) in the background is Salvia canariensis var. candidissima

I noticed one of the Aloe Dawei had 10 inflorescences - each branched. This plant is a prolific bloomer. My general plan is to mix it in masses with other aloes and low-water-use plants.


I'm hoping these Aloe dawei fill out even more over the next several years and produce a firework like display of hundreds of inflorescences.
Would you like to buy an Aloe dawei for your garden? One or two might look nice! 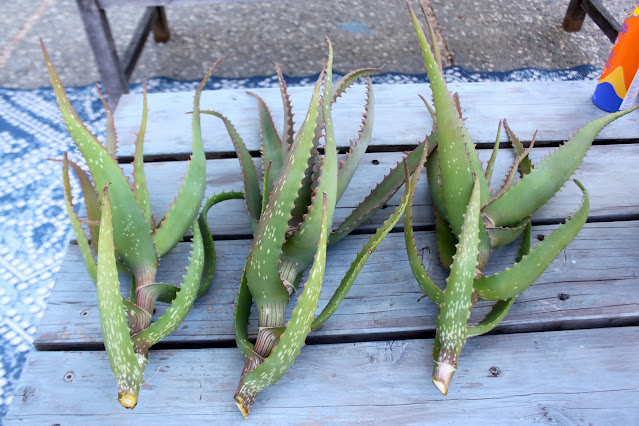