On a recent Saturday in November, I drove north up the San Francisco Peninsula to visit the San Bruno Mountain Watch Plant Sale located at their nursery just outside of Brisbane, CA. Years ago I lived in Brisbane  and I'd occasionally drag the kids on a hike up San Bruno Mountain. Brisbane sits at the foot of the mountain and most summer days is shielded from the infamous marine layer rolling off the Pacific Ocean.


The climate and history of San Bruno Mountain are interesting:


San Bruno Mountain is approximately 3,600 acres and is located at the northern boundary of San Mateo County immediately south of San Francisco. It is one of the largest open spaces in an urban setting in the United States and is bordered by the cities of Brisbane, Colma, South San Francisco, San Francisco, and Daly City. It’s peak is 1,319 feet high, with expansive views of the entire Bay Area. San Bruno Mountain is one of the last remnants of a unique natural landscape that once covered the northern San Francisco Peninsula called the Franciscan fog zone.

If you're curious read a fuller story of the mountain.

When I lived in the community I remember hearing stories about a developer who wanted to cut off the top of the mountain and fill in a portion of the bay to make room for new housing. The idea sounded so rediculous that I didn't believe the story. Apparently I underestimated the creativity of developers in the 1960's who wanted to expand the SF Airport.

One of my favorite plants in the CA natives category is Hummingbird sage. By early spring it's already in full bloom in my yard and looking great! The bright magenta flowers are a favorite of the pollinators. It can get a bit leggy and care worn during the hot months of summer but a quick trim solves that issue.


Red Fescue is a CA native bunchgrass that has low water requirements once established and spreads through rhizomes. I bought one of these and have planted it on my hillside next to a young Aloe pluridens. I'd love to get more Red Fescue in the ground and established during our wet CA winter. I'm hoping they will be a natural companion plant to some of the low water use Agaves and Aloes already on my hillside.

Yellow-Eyed Grass requires more water and wouldn't be a good fit for my yard but it's still a handsome plant. It's described as having bright yellow flowers from May to June and growing to 1 foot tall. I believe most everything at the plant sale grows some place on the mountain which has several micro-climates.

"Coast Buckwheat has pinkish white flowers borne in the shape of puffballs from July to September. This is a popular plant for pollinators and is often visited by bees and butterflies." 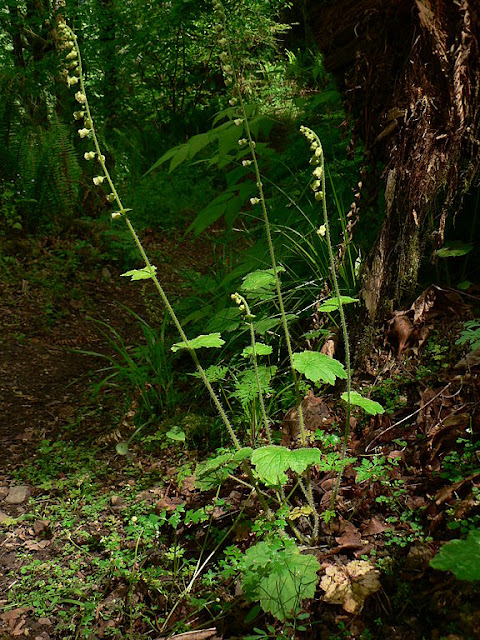 Although not appropriate for my yard Tellima grandiflora is a graceful plant worthy of a home somewhere with more shade.


The back of the nursery where lots of new plants were growing was unfortunately off limits to customers.


This shade lover is a "... perennial herb that produces white to purple flowers from March to May. It naturally grows in moist open areas, and is considered a rare plant; although it grows commonly on San Bruno Mountain"


More than month later we took a family hike up the mountain for the first time in over 10 years! The great thing about grown up kids... they don't need to be carried, pushed or otherwise helped up a hill.


If you're at all familiar with the CA chaparral landscape then I'm sure you can imagine many of the plants we passed like Ceanothus, Artemisia, Arctostaphylos, Sticky Monkey-Flower, Coffeeberry etc. A few dozen plants like these are what I've grown up seeing on most hikes in California's coastal ranges.

As the path twisted and turned the plants changed in relatively short order.


When I walked this section of the trail it felt as if it had been landscaped by a master gardener. It's hard to tell from the shot above but the hillside on the right is covered by a carpet of ferns. 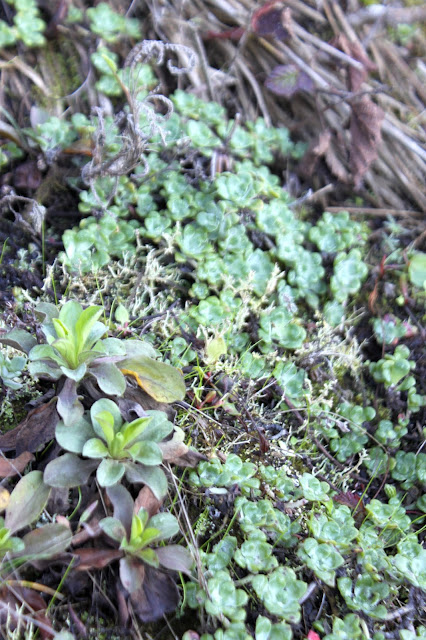 ...but tucked away in the hillside are lots of other plants. I'm not sure what this little succulent ground cover is - sure looks like Sedum spathulifolium. 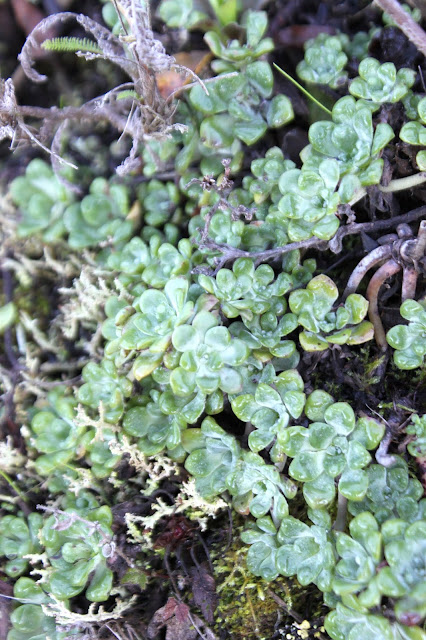 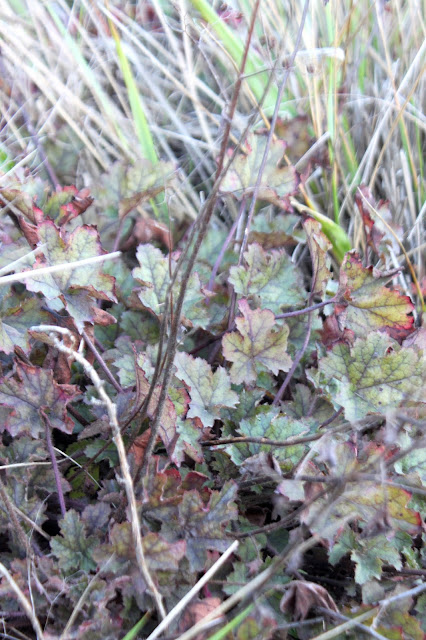 As we rounded another corner and left the relative shelter of the hillside - the landscape changed again. 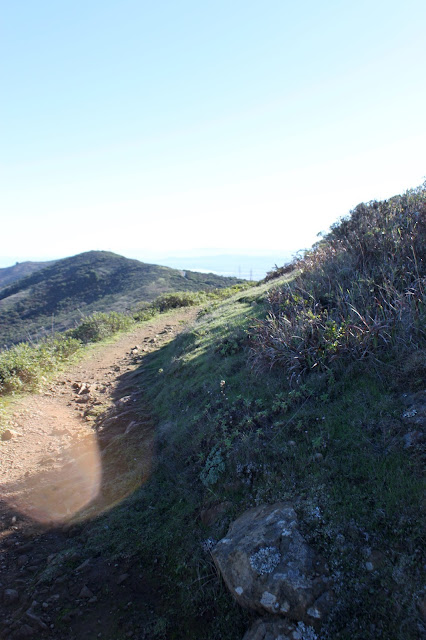 Just about at the crest of the mountain.

Years ago when I hiked these hills more often I used to see a lot of Dudleya growing on rock faces just like the one pictured above. I'm not sure of the species.

The above might be a San Bruno Mountain Manzanita which I just learned has a very limited range... 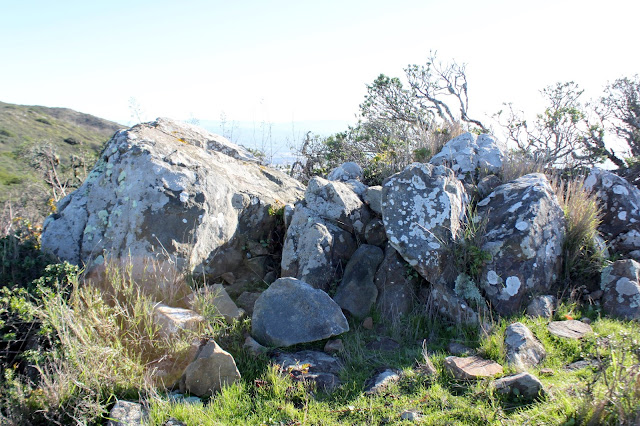 Lichen covered rock formations dot the ridge as if they were placed in a zen garden.  I want to create one for my yard.