Agave chiapensis is one of my favorite plants in the garden. It looks tropical but of course being an agave is tough as nails. Three of them live with us in different locations around the house. Two of them I bought at the same time and planted roughly at similar times. Based on their size I think the plants must have been around 2-3 yrs old when purchased which puts them around 5 - 6 yrs old now.

I was at first confused, then surprised and finally delighted when I walked out the front door and saw something white where it hadn't been before.


The flower stalk is reported to get roughly 6ft tall. I'm not sure if it will develop bulbils... but I hope so!

The bright, creamy color is striking against the Agave's leaves am I right?!


Right on cue the sister plant in the backyard also began growing a flower stalk. 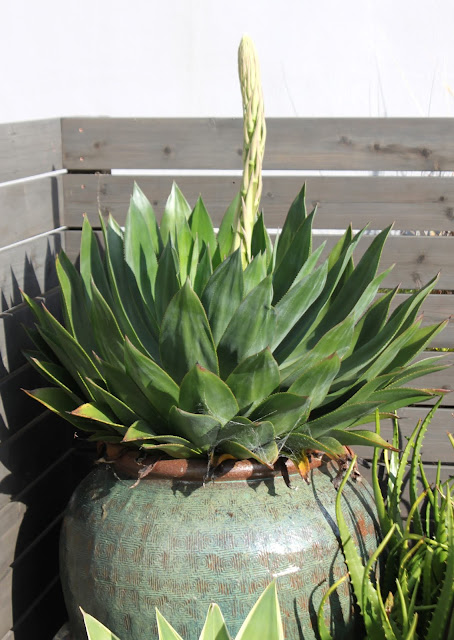 Unfortunately this is not an Agave I've seen for sale in my neck of the woods but maybe I'm not observant enough? All 3 of my plants came from the San Diego area. 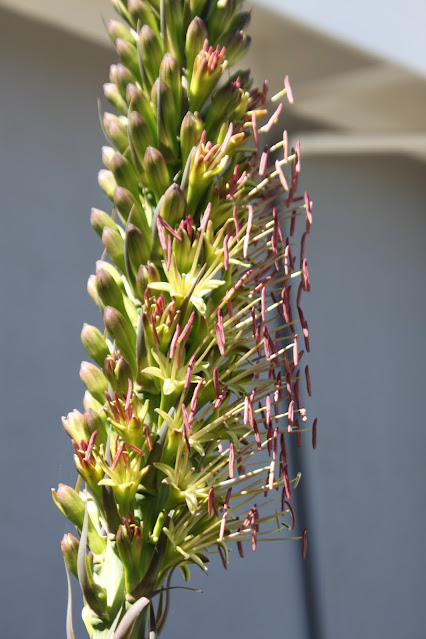 In late May the flower spike began to bloom. The flowers opened from the bottom upwards. I touched one of these flowers in the following week and my hand came away very sticky with nectar. I even tasted the nectar and felt slightly light headed for an hour afterwards!
Labels: Agave chiapensis flower stalk Wednesday Vignette