Notice anything strange about this plant!? I've been watching it develop bulbils directly from it's center for several months now. I'd assumed that bulbils grew from a flower stalk but I guess not always!

Seems odd to me but I've only been growing a handful of these plant for ~4 yrs so I'm not an expert. Has anyone else seen this behavior? 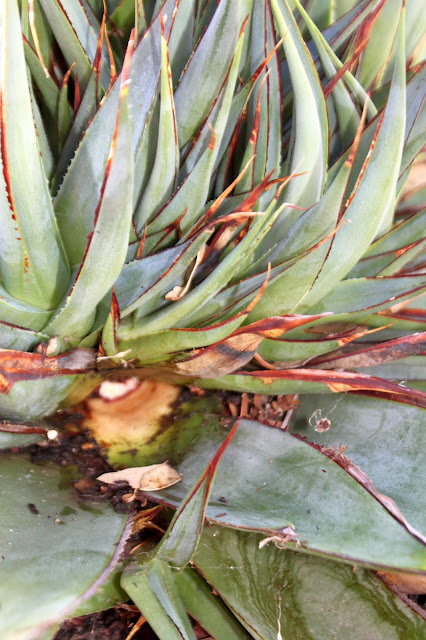 Here you can see the empty space left after I pulled one of the bulbils off the parent plant. The Agave bulbil came off with just a little effort and even included a few roots. 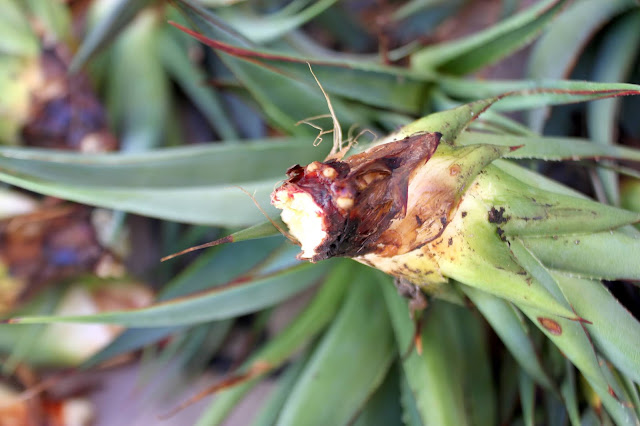 As far as I know this plant was not damaged in any way but perhaps it's roots were disturbed by gophers or moles (?) I'll have to dig it up to find out. It does feel suspiciously loose. 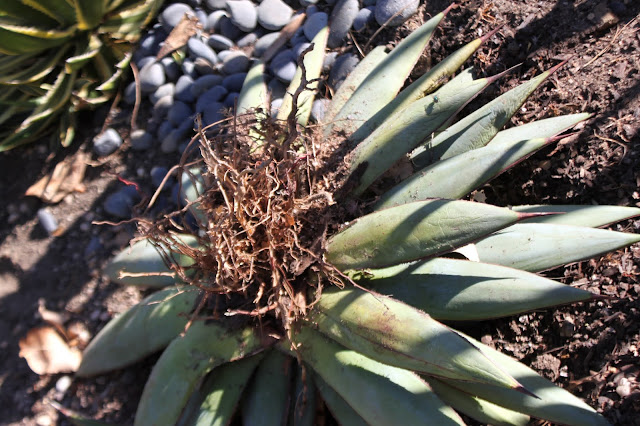 No sign of anything suspicious... Agave Weevils, Gophers, Ants etc

Planted just a few feet away is another "Blue Glow" with a crown that has formed in a tight looking bunch of smaller leaves. This is not normal. I have a vague memory that the other plant started the same way.

At this point I'm not sure why this "Blue Glow" reacted the way it did. Any one else seen similar behavior?