Recently we dropped off one of the kids at university in Pittsburgh. Coincidentally right next store is the Phipps Conservatory which is home to 14 interconnected glass houses and assorted green spaces between and around the buildings.

I don't have a picture of the entrance so let's start in the middle with a shot that shows one of the incredible glass houses.

My favorite aspect of the conservatory was surprisingly not the plants but details like the entryway below. Phipps Conservatory was opened in 1893 and I can't help but think that some of it's more interesting Victorian era details wouldn't be built today. 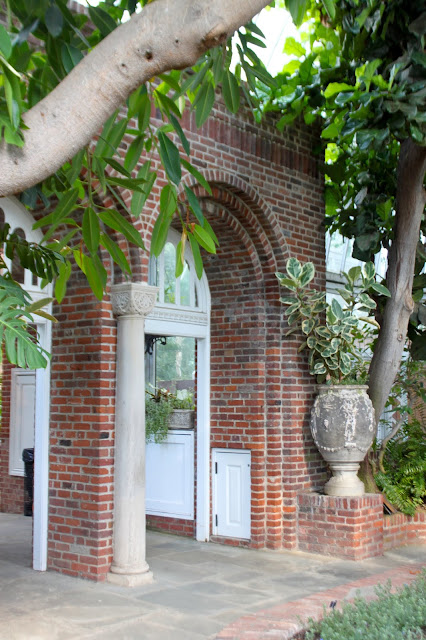 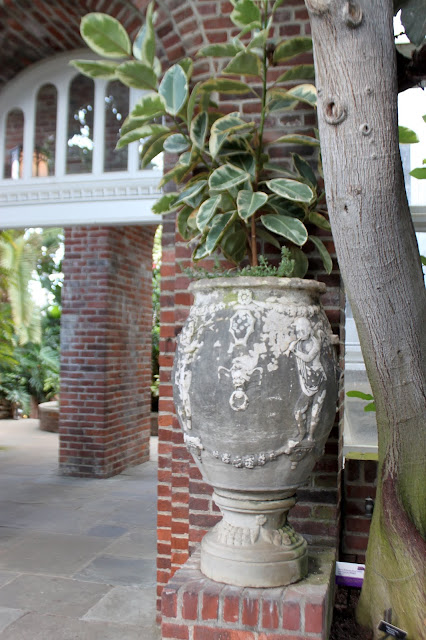 The above is a small detail that just wouldn't be built today if for no other reason than cost. I suppose 100+ yrs ago the dollar went a little further and we had an abundance of crafts people to make it happen. It seems like a piece of art to me.

The shots of these bromeliads are a little out of order and actually live in different glass houses. The plants below live in the Tropical Forest Conservatory which was my second fav spot. My picture don't do it justice however so they are not included. 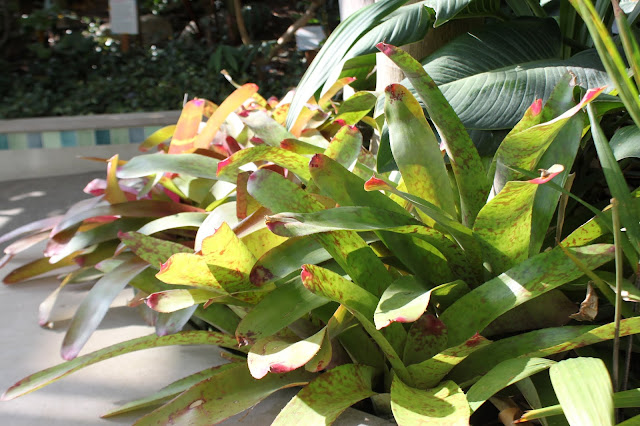 Each glass house holds a different theme. Through the archway below is the Sunken Garden. 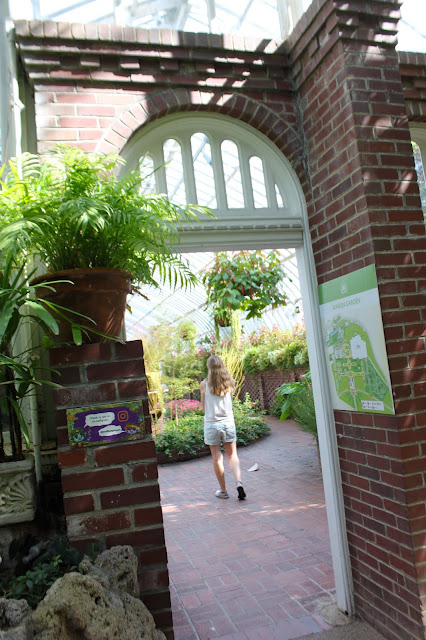 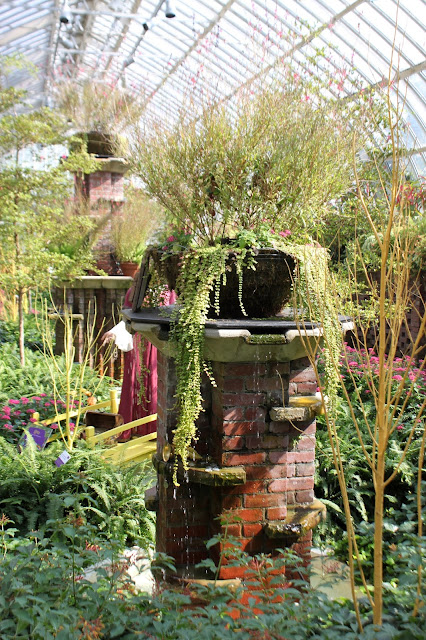 Many of the plants in this room were not 'desert' plants - but they certainly couldn't grow outdoors year round in the Pittsburgh climate.

Should I be disappointed that this Carrion Plant was not in flower during my visit? Not sure. I believe the 'gigantea' name comes from the large fleshy flower.

I didn't catch the species the above Euphonia - it doesn't look like an "Ingens". For context this plant stands about 14ft tall. 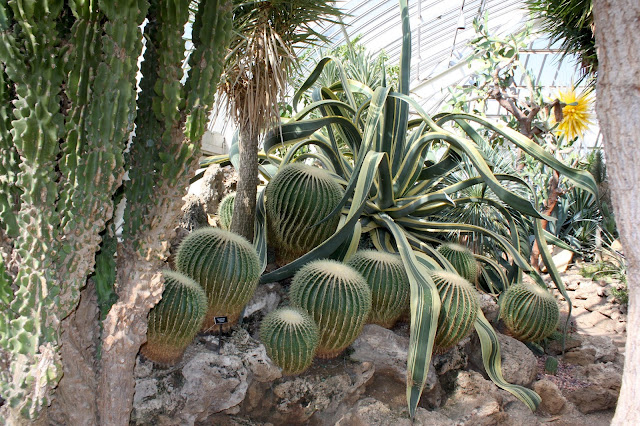 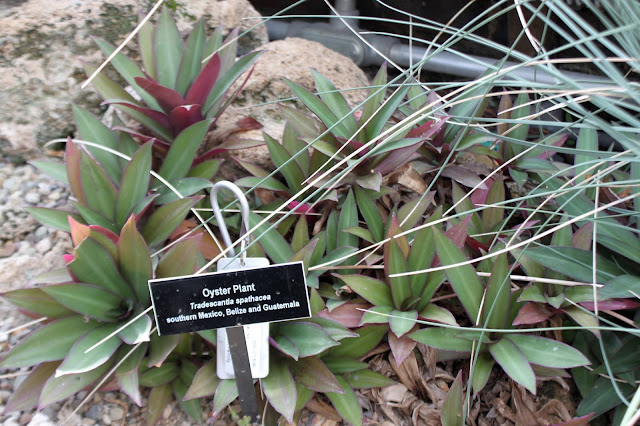 I'd sure like to grow one of these at home. 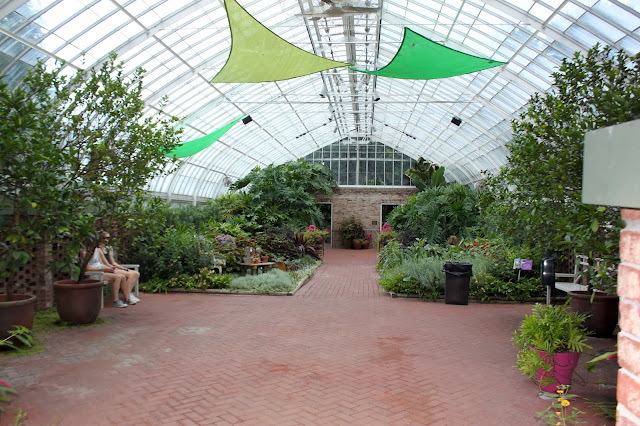 Notice the liberal use of Coleus? It's not just here - all over downtown Pittsburgh are large potted arrangements that included Coleus. It was growing so big it appeared like Hydrangea. 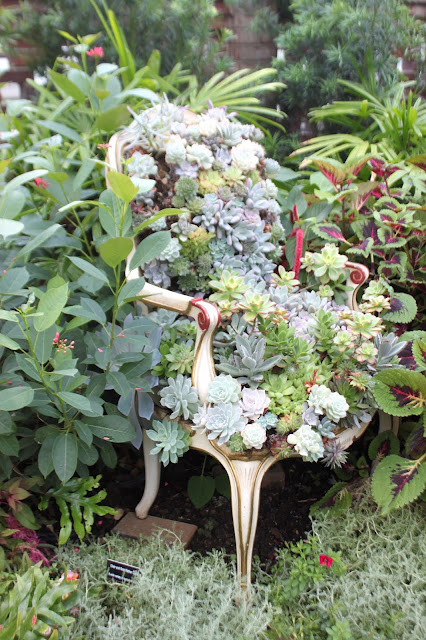 Seems having indoor furniture placed outdoors with plants growing on or in them is popular now. In this case the furniture is still indoors but it looks like it's outdoors. 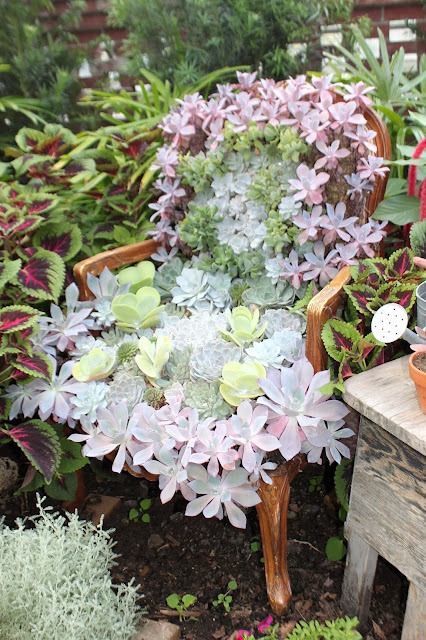 The French word "broderie" translates to "embroidery" which describes the aesthetic of the parterre garden pictured above. Not seeing it? Imagine the sheared hedge forms as thread woven into the garden floor. I have to admit this was not my favorite room but I appreciate the historical significance. This style of garden design came from a time when nature was considered a force to be tamed.

Out the back of the largest, most modern glass house was a terrace which turned out to be my favorite garden area. This section also includes several supporting buildings dedicated to the study of sustainable landscapes. If your interested in learning more visit the official Phipps Conservatory CSL web page.

We lucked out and had the whole place to ourselves that Friday afternoon.

Nearby signage also called this area 'Turtle Lagoon" so I'm sure what the official name is for the pond - I like both versions! 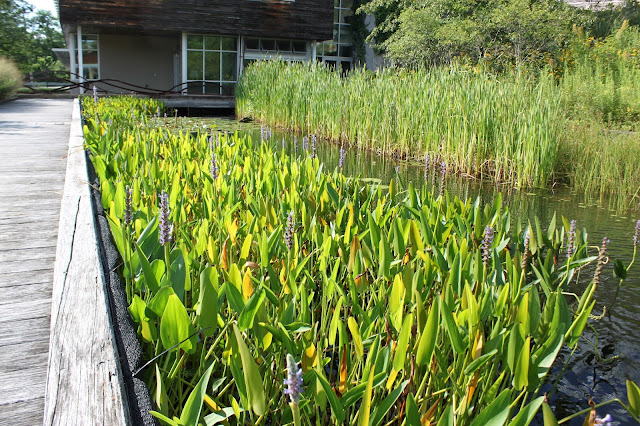 Within the pond were lots of fish which included Blue Gill, Spotted Bass, PumpkinSeed as well as crayfish, turtles and frogs. The pond is a rain water collection basin for reuse around the conservatory. 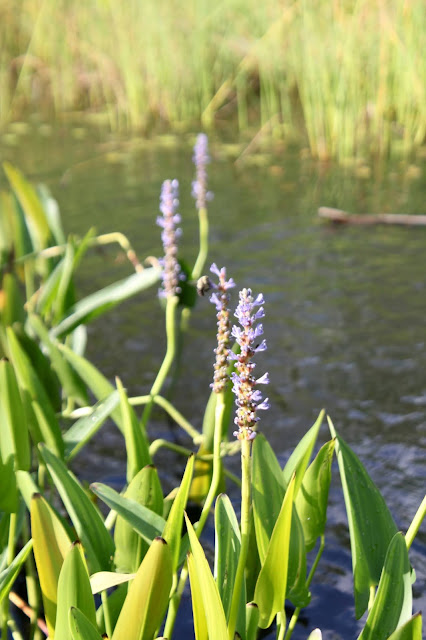 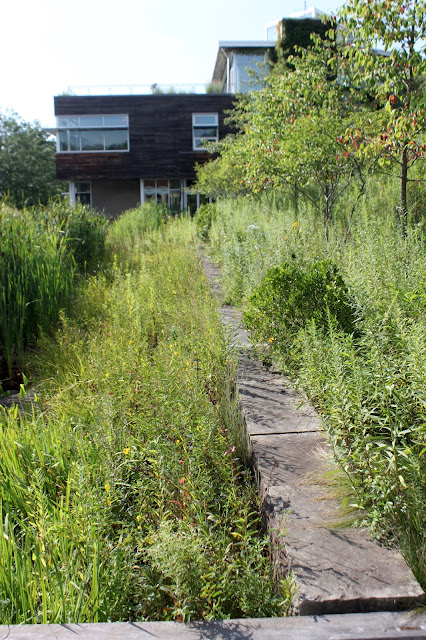 I liked how the top of this retaining wall looks like a path through a dense wall of green. All this green is very different from my home town.

Who reading this would say "No, not interested in walking up that path." 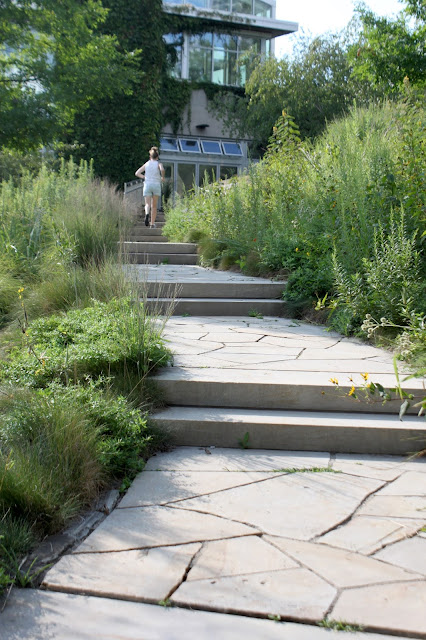 The building at the top of the path has a green roof - we went to check it out. 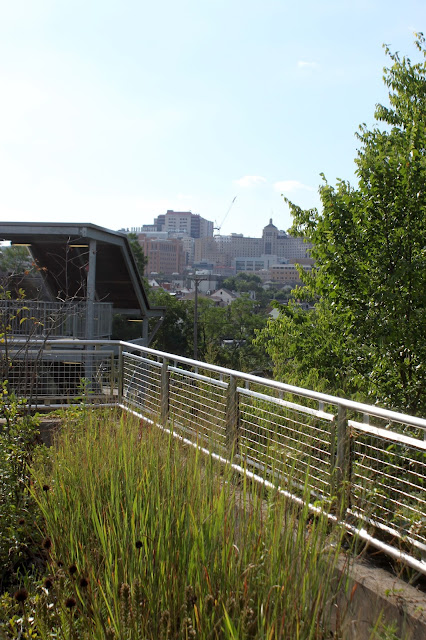 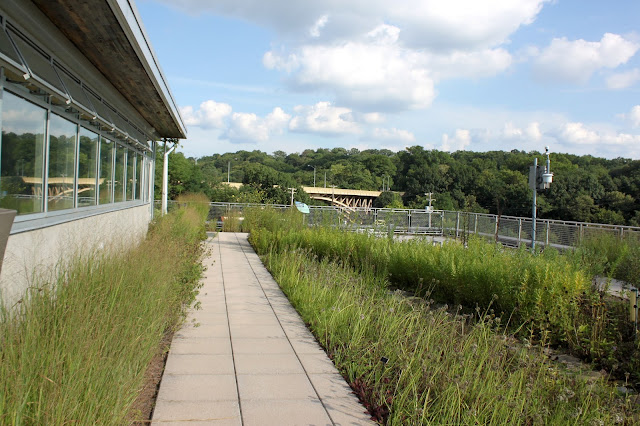 The gigantic, working greenhouse in the background looks like a place I'd appreciate a peak at - of course it's the one place not open to visitors.

About 30 seconds after taking this shot my camera ran out of power :(  Phipps seems like a true asset for the community; I'm a fan. Given that here in Northern California we are experiencing yet another hot, dry, smoke filled Summer, spending time in humid Pittsburgh was a nice change of pace.

There's a lot more to see at the conservatory than I've shown so if you're in the area I highly suggest a visit.