I've been waiting now for months. I want the Agave chiapensis seed pods to dry up or otherwise signal they are ready. Technically I supposed these are fruit, not seed pods. They seem to be stuck at a green, fleshy stage. Not much has changed in months. 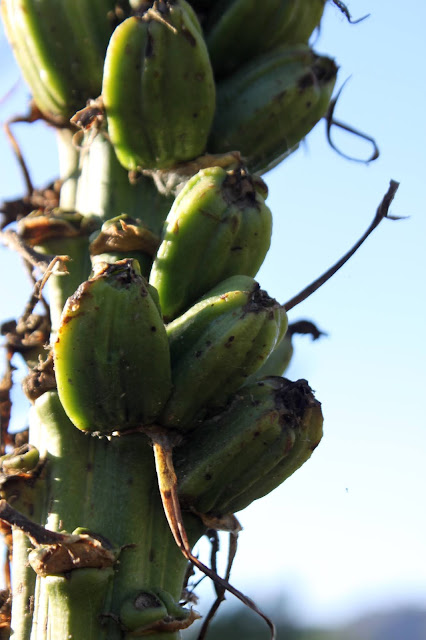 This past Sunday morning I had some time to kill so I thought... "I'm just going to cut open a few of these and see what's going on there!"

These "fruit" may look soft and juicy but don't judge a seed pod by it's cover - they were actually very woody and tough to cut open. I started the dissection with a utility knife but quickly switched to large kitchen knife.

The stack of seeds remind me of a book or magazine rack. The dark lines are actual seeds; the light brown striations are paper thin seeds that never developed.

Once I removed the seeds I was struck by the inside of the capsule. I'm not sure what the darker spots are but I assumed they lined up with the darker (presumably viable) seeds. 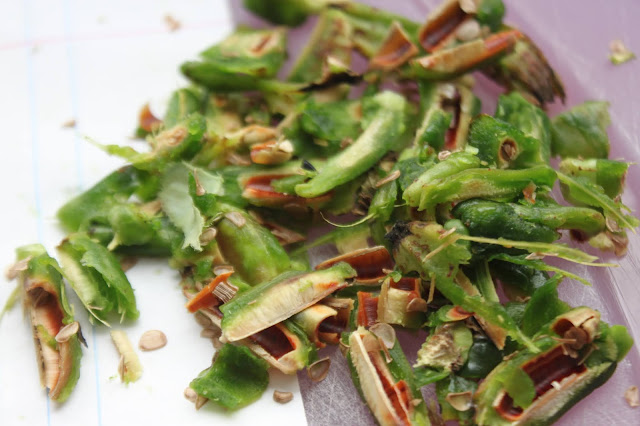 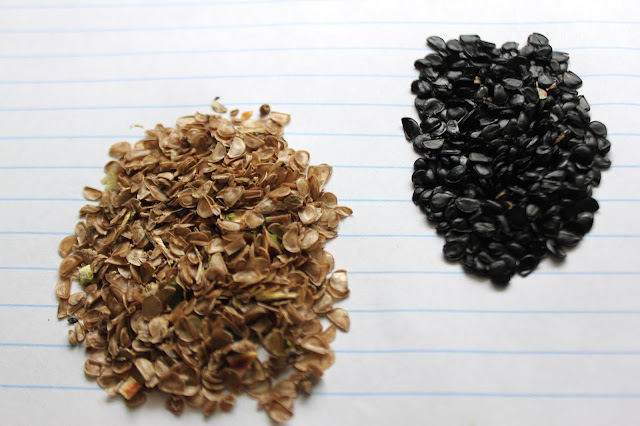 After separating out the viable seeds it's clear there are fewer than the empty husks. I'm not sure why. Given that I only opened 5 fruit that's still an impressive number of seeds although I have no idea how they would be released in nature. It was a lot of work to get to this point. I'm guessing the very woody bloom stalks stay attached to the plant for at least a few years before finally falling over and then maybe releasing seeds (?) Maybe critters eat the fruit?

After a week some of the seeds are starting to germinate. 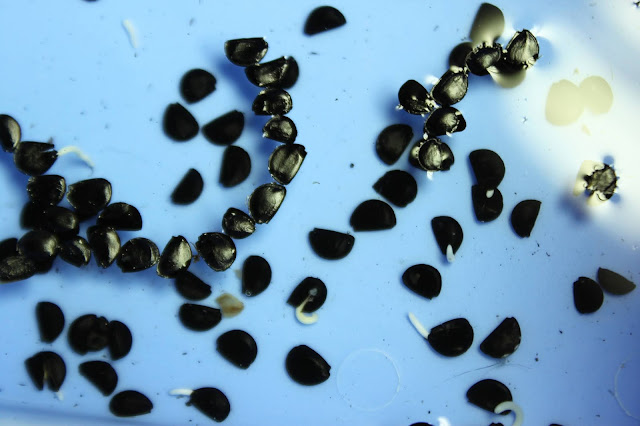 This weekend I cut down the flower stalks pulled off all of the seed pods which have largely dried into shapes resembling a Brazil Nut. As it turns out cracking them open at this stage is much easier the green version shown above. 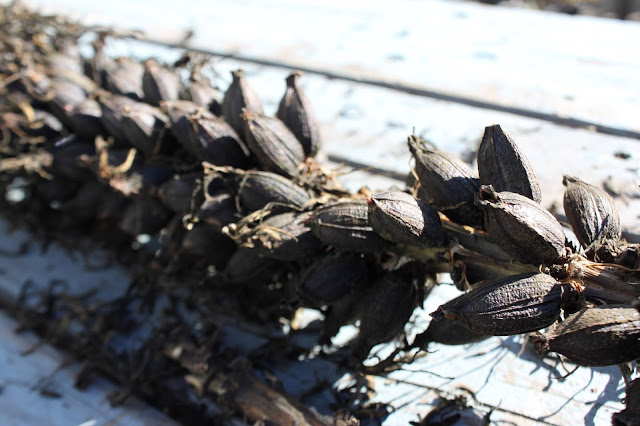 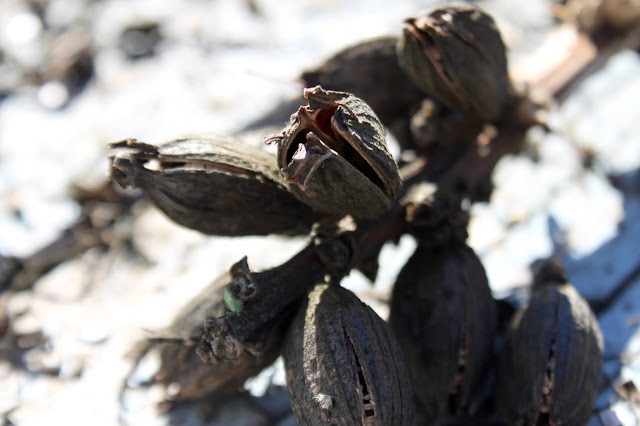 I noticed the top most seed pods seemed to have completely dried and are opening to reveal the three internal capsules. Lots of seeds came spilling out when I tried handling these dried out husks. I'm guessing that in their natural environment the wind helps in distributing the paper thin seeds