A few years back I bought some small Aloe pluridens (aka French Aloe) via mail order from Mountain Crest Gardens. For a time they lived in a corner of the backyard in smallish containers. As work on the hillside garden started I migrated a few from pots to their new in-ground homes. Aloe pluridens is supposed to grow into a small tree form but I suspect that is still several years away.

I've planted several of these along the hill but I thought it would be interesting to track the growth of the same plant over time.

I think it took the better part of a year for these plants to grow from their original 2" pot size to what's pictured above. The plant above and on the right with finer teeth is definitely A. pluridens; the one on the left was sold to me as A. pluridens but the teeth seem fewer and the leaves thicker. Since 'pluridens' translates to 'many teeth' I have to wonder if the plant on the left isn't really A. arborescens or a hybrid (?)

In the shot above I'm guessing the plant is roughly 2 - 3 yrs old based on how long I've had it and how big it was when it arrived in the mail.

Despite the dry weather and a minor ant/aphid attack this plant still managed to bloom for the first time. A single bloom seems typical for young Aloes with only one crown. Next year maybe we'll see more. 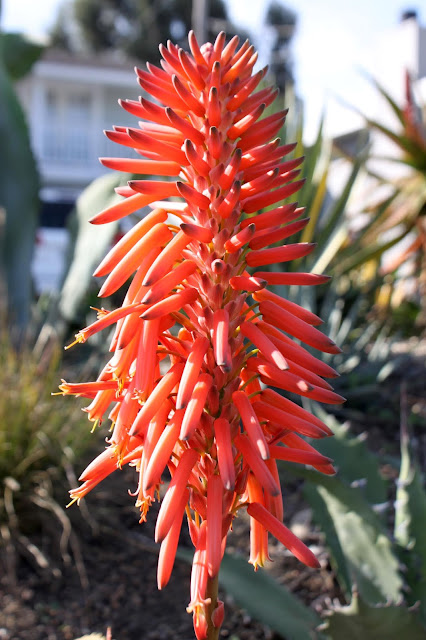 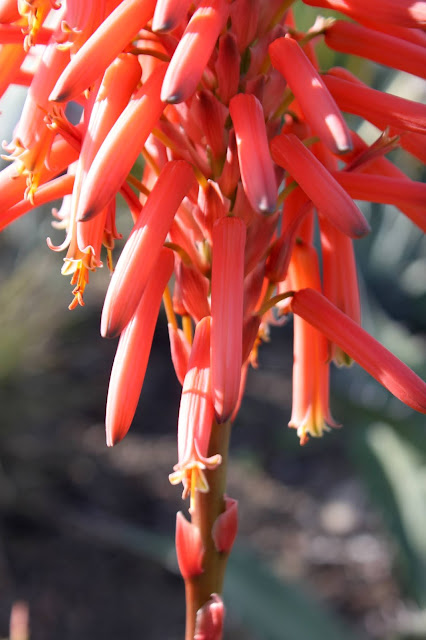 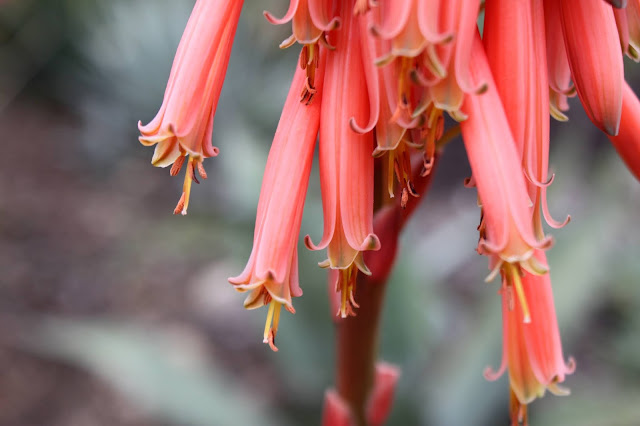 I'll post updates every so often showing how much this plant has grown. Fingers crossed it survives. There seems to be a lot of ants in the area that farm aphids. A neighboring Aloe vaombe was just about destroyed this summer.

The aphids seek out the soft, new leaf growth at the center of a rosette as shown below.

Although it does have a graceful form, I'm not sure I'd categorize A. pluridens as a specimen plant mainly because there's nothing terribly spectacular about it's form, leaf shape or bloom as compared to other large Aloes. Overall I do like the plant and think it could work well in the background of any Mediterranean garden. Because of it's eventual larger size it can also help define space in the garden which is how I'm using a handful of these plants along the uphill portion of a path. Since they are planted at an elevation 2' - 4' above the path I'm expecting them to create a sense of enclosure once they grow tall enough. When will that happen? I'm guessing after another 3 - 4 yrs of growth.

After the flower stalk was finished blooming I removed it and placed it in a paper bag. Eventually the seed pods opened up and I was able to gather what you see above.