At 27 minutes from my house how could I pass up the Cactus and Succulent Society of San Jose's fall show and plant sale? I didn't know what to expect in terms of crowd size, plant variety or price. I arrived about 30 minutes after the doors opened to a full parking lot. Since it's was Saturday I expected there were probably some youth soccer games happening at the same time but no - all the cars belonged to cactus and succulent lovers carrying their requisite cardboard boxes and a hungry look in their eyes.

The picture above gives you a hint at just how crowded it was when I arrived. At times it was hard to squeeze by all the people carrying their boxes of treasure. Every four or so tables were loaded with plants for sale by an individual club member. A percentage of the proceeds from each sale goes to the club and the rest presumably to the club member. What struck me right away is that the vast majority of plants for sale were smaller in size and a slight majority were cactus. Finding plants required a solid 'hunt and peck' strategy since each member's section was organized differently.

Now admittedly I am more an Agave and Aloe fan so I tended to seek them out when taking photos in the sale section.


Not every plant was a good deal. I was shocked to see this little Aloe striata selling for $35. It doesn't seem long ago that I saw Home Depot selling large, 5 gal plants for $24.95. 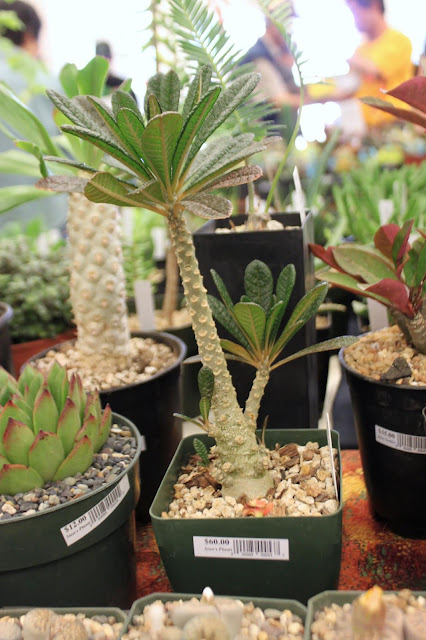 I didn't catch the name of the above plant but I like the form - anyone know?

On the opposite side of the gym containing the plant sale was the plant show containing entries from club members. Everyone was given the chance to vote for their favorite entrees via little, round stickers. There were so many unusual specimen plants that I was forced to get another sheet of stickers in order to keep voting. Below are just a few of the plants that received my vote.


The above was just labeled as 'Pachypodium' - it doesn't look like 'lamerei' as the leaves were more spear like and a grayish green color than I'm used to seeing. 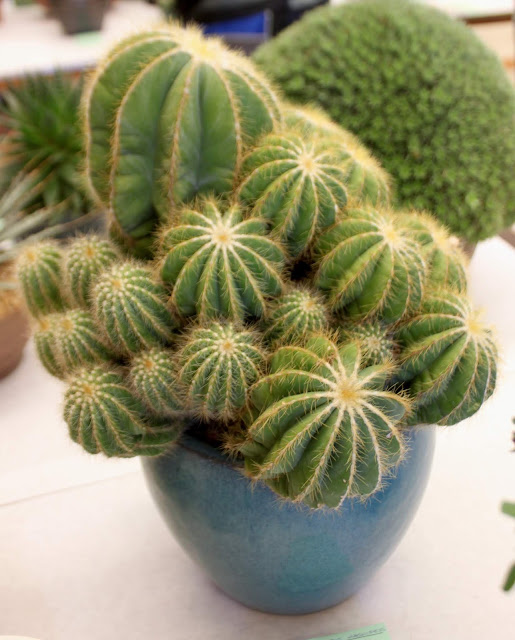 I thought the club did a particularly good job handling the long line of customers. There were three 'cashiers' - tho for the most part everyone looked to be using credit and debit cards. The line to checkout was often five or six people long yet I was only in line for five minutes.

If you're looking for a variety of unusual cactus the CSSSJ plant sale is worth attending. I enjoyed the plant show more than the sale because of the unusual and mature specimen plants that would be hard to see anywhere else. If you missed this year's Fall sale be sure to checkout the club's Spring sale.